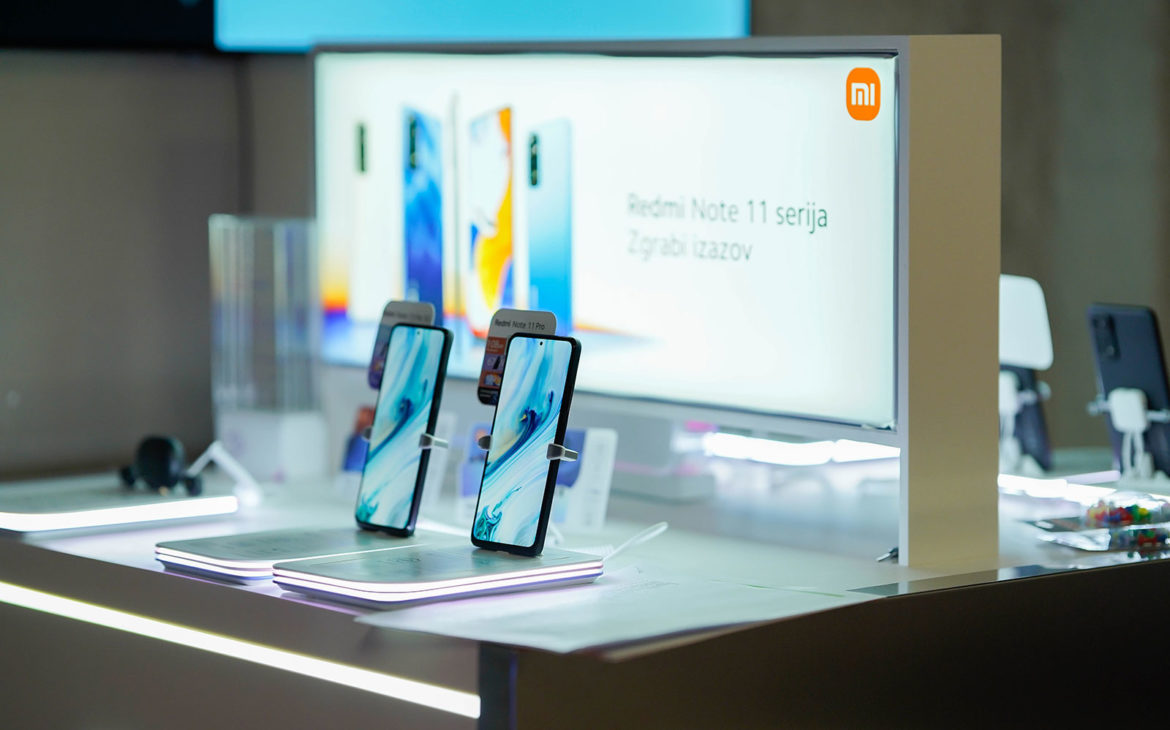 With a screen size of 6.67 and 6.43 inches, the series is equipped with FHD+ AMOLED DotDisplay featuring DCI-P3 wide color gamut, that provides more vibrant colors and details while also reaching a brightness of up to 1200 cd/m2 to ensure the screen’s clarity, even in bright daylight.

The Redmi Note line from Xiaomi is recognized as an affordable flagship smartphone brand, with 270 million mobile phones from this line having been sold worldwide. In addition to smartphones, Xiaomi has introduced a new generation of air purifiers – Xiaomi Smart Air Purifier 4 Pro – which, compared to previous generations of devices, has a 3-in-1 filtration system to capture 99.97% of air pollutants up to 0.3 microns. Smart Air Purifier 4 Pro can completely purify the air in a 40 m2 living room every 15 minutes.

Xiaomi has supplemented its family of robotic vacuum cleaners and mops with the new Mi Robot Vacuum-Mop 2 line, which consists of four models. The Mi Robot Vacuum-Mop 2 Ultra has an automatic emptying function in its charging base and contains four liters of capacity, enough for approximately 10 cleaning sessions. LDS laser navigation allows the device to accurately detect and map the layout of a room, detect obstacles and reduce the possibility of jams or bumps, prevents falls down the stairs, and avoids damage to furniture on the road. It is designed to clean up to 240 m² in a single charge, with a suction power of up to 4000PA and three operating modes. Other models have similar performance, but their battery lasts shorter, so they can clean slightly smaller areas on a single charge.

Xiaomi also introduced a smartwatch and wireless headphones. The Redmi Watch 2 Lite comes equipped with more than 100 fitness modes and 24-hour heart rate tracking. It is waterproof to 5 ATM (50m) and paired with a smartphone via Bluetooth 5.2 connection. It is equipped with a 262mAh Li-Ion battery that can last up to 10 days as well as an accelerometer, a digital compass, gyroscope, and heart rate and SpO2 sensors. The Redmi Watch 2 Lite will be sold on the Croatian market at a price of HRK 499.

Xiaomi Redmi Buds 3 Lite wireless headphones are ergonomically designed, and a single charge is enough for up to 5 hours of use. They earbuds use a noise-reduction algorithm to identify and extract human voices and reduce background noise, and they will be available on the Croatian market at a price of HRK 179.