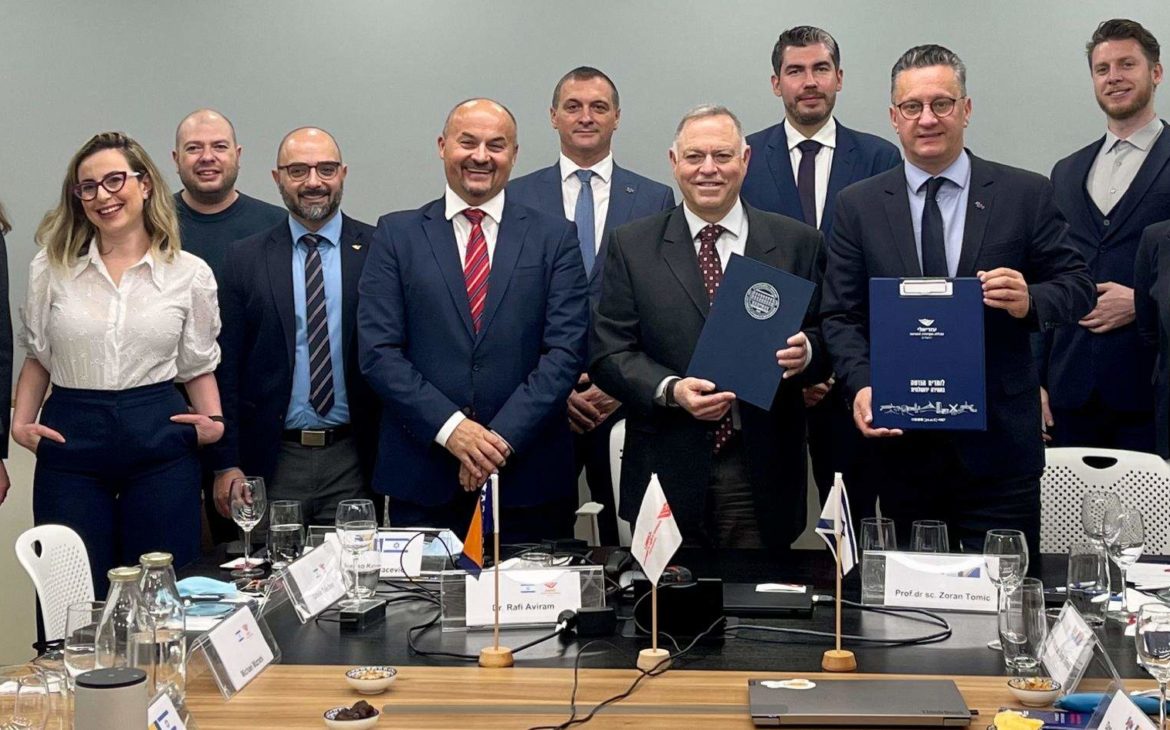 The University of Mostar has signed strategic partnership agreements with two Israeli faculties, defining cooperation in the development of programs and studies of artificial intelligence and information technology, and the digital transformation of society.

The university, led by rector Zoran Tomić, highlights PhD studies in cybersecurity and digitalization of society.

“We want to be leaders in PhD studies in cyber security and develop artificial intelligence programs,” they explained, with Tomić pointing out that his university wants to take the lead in the digital transition of society. He added that the University of Mostar has the potential to develop into an international center of digital transformation.

To develop these programs, Mostar University will collaborate with Azrieli College of Engineering Jerusalem and the Holon Institute of Technology in Tel Aviv. Prior to defining the strategic cooperation, Mostar expert visited the Azrieli College of Engineering and its startup accelerator, as well as the Holon Institute of Technology (HIT).

Assistant Rector for Information Technology and Innovation Tomislav Volarić announced that he would launch a startup program based on the development of artificial intelligence with the Israeli institute, emphasizing that Israel is a “startup nation” and as such the best partner to learn from.

Israel is indeed a startup nation according to statistics, as it has the most startups per capita in the world. Thus, in this country of about nine million inhabitants, in the last ten years, two thousand startups have been founded, in addition to the already existing 3,000 startup and tech companies. There are also 30 fast-growing companies and 50 large tech companies currently operating in Israel.

Israel’s success lies in the continuous investment in knowledge, the nation’s focus on education, a tendency to import quality foreign labor, as well as the favorable tax treatment of investments in research and development and innovative projects. The global AI leader is still China, but Israel, though an incomparably smaller country, is very high on the list of countries with the top performing artificial intelligence industry. Early last year, Israel became the twentieth member of the GPAI (Global Partnership for Artificial Intelligence), an international coalition led by Canada and France.