TECHNOLOGY IN THE SERVICE OF NATURE RESTORATION

Strengthening the role of drones in reforestation of fire-affected areas 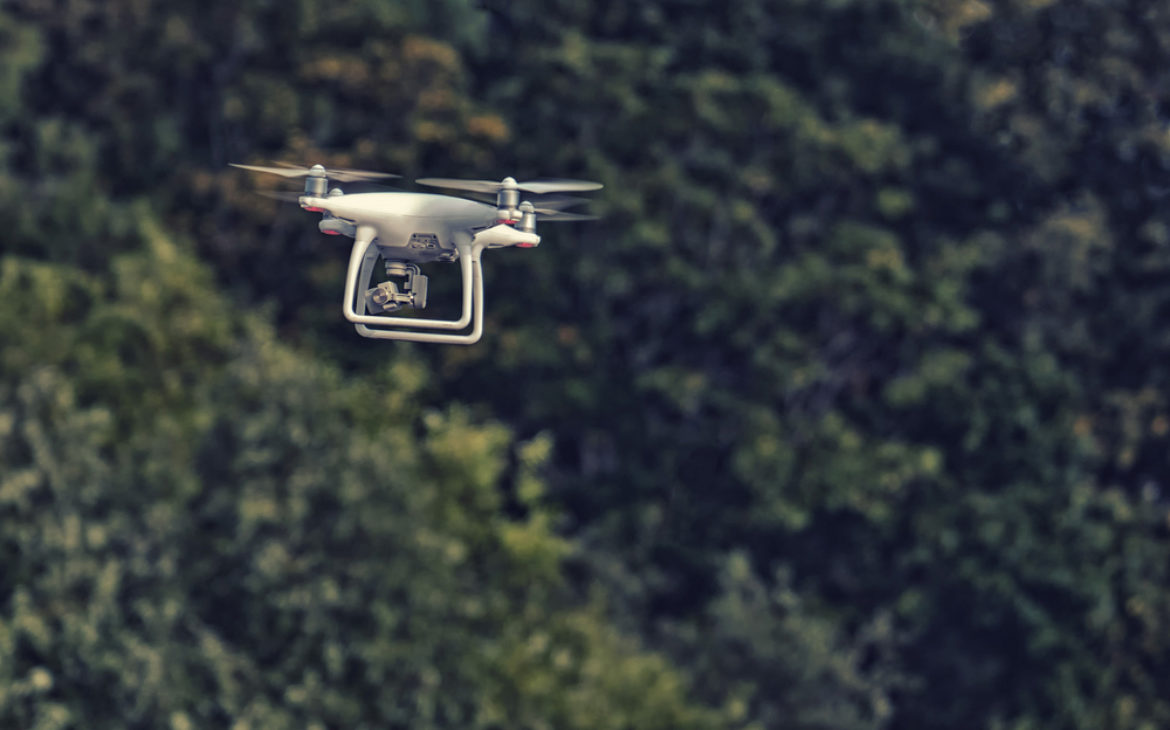 Last November, drones flew over the areas affected by wildfires in British Columbia (Canada), dropping thousands of tree seeds on the charred soil. The flights were part of an experi-mental trial and attempts at reforestation in areas that were completely burned in the de-structive 2017 fire season. With drones on their side, people believe reforestation will go much faster, especially since wildfires are getting worse.

The year 2017 recorded one of the worst fire seasons on record in British Columbia. Nearly 800,000 hectares went up in smoke, taking with them houses, cars, and trees. For the local population and First Nation communities in the area, this was devastating. During that season, 20 different fires merged into one enormous fire, over a large area. (At the time, it was the largest recorded fire in the province’s history.) While forest fires have been a natural hazard for millennia, climate change and human activity have increased the incidence of wildfires in recent decades, exacerbating their severity.

“In some of these areas where there have been fires, the soil burned so hot that there is no possibility of regeneration of seedlings,” says Percy Guichon, director of the Central Chilcotin Rehabilitation, a reforestation and land management company in British Columbia. He is part of the Tšideldel First Nation community that works in collaboration with the Tl’etinqox First Nations Government on the restoration of forests affected by the Plateau Complex (the aforementioned merging of several fires into one over a large area). Both are local communities that were affected by the devastating fires.

Trees can usually regenerate by scattering pinecones with the help of wind or animals. But when a fire is too strong and the temperature is too high, there is no way for seeds to survive and trees to grow back naturally in charred soils. To help reforest, communities are turning to technological alternatives – including drones.

“We wanted to find another planting method that would complement our current, traditional planting methods using tree planters,” Guichon says. Manual tree planting is done in groups, and it is hard work: individuals carry a long-handled spade and a sack of almost 20 kilos of seedlings and alternate spearing the soil and setting the infant tree in the hole. The process often begins in the early morning when the soil is moist. Following strict quality and density guidelines, manual planting of trees can yield between 1,000 and 3,000 trees a day.

Drones take a different approach. For the pilot program, Guichon’s group and the government agency Forest Enhancement Society of British Columbia purchased fir and pine seeds from a nursery in California and sent them to DroneSeed, a Seattle-based agrotech startup. “They put the seeds in the small vessel, the puck, which contains a mix of soil and nutrients to give the seeds the best chance at germination,” Guichon said.

In the first round of drone planting, about 10,000 pucks per hectare were dropped, i.e. about 52 hectares in total. The team plans to continue to monitor the growth of pines and firs planted into the spring and summer to see if the seeds will germinate and cling to the soil.

“The hope is that the half-million drone-planted seedlings will help the scorched forest rebound more quickly than it could on its own. If it’s a kilometer to the nearest living tree, it’s going to be a long time before seed can get there, and so that’s where humans can step in, including with drone technology, to just accelerate the recovery and long-term development of the area,” says John Bailey, a professor at Oregon State University’s College of Forestry.

Although drone sowing is unlikely to ever replace manual planting completely, the technology is becoming increasingly popular in regions afflicted by wildfires. Additional efforts have been made to reforest in British Columbia, Washington state, and other areas of the Pacific Northwest. Many of the efforts include working with foresters, local authorities, and landowners who have been affected by wildfires. When it comes to drone seeding, it is easier to conduct surveys on land areas and drones can reach places where manual planting poses difficulties, such as remote locations and sharp inclines.

Bailey says there are some key things to consider when using drones for reforestation. Some areas might be a problem: “Lower elevation, lower latitudes, south-facing, steep slopes: they can get very hot, as well, and if you’ve lost all or most of the canopy cover to mediate the heat, that can be a really harsh environment, even for a seedling that you plant in the ground, much less a new seed germinating,” says Bailey.

The results of trial drone planting in British Columbia will arrive over the next year and hopefully bring about some positive findings. Data from these pilot projects will be used to shape the future of drone-seeding surveys, puck-drop techniques, and reforestation projects.

Even if the drone-scattered seeds do not take root, there is still hope that the forest will return; but that could take time. As Bailey likes to tell his students, “Those areas will be forest again, but it could take hundreds of years.”