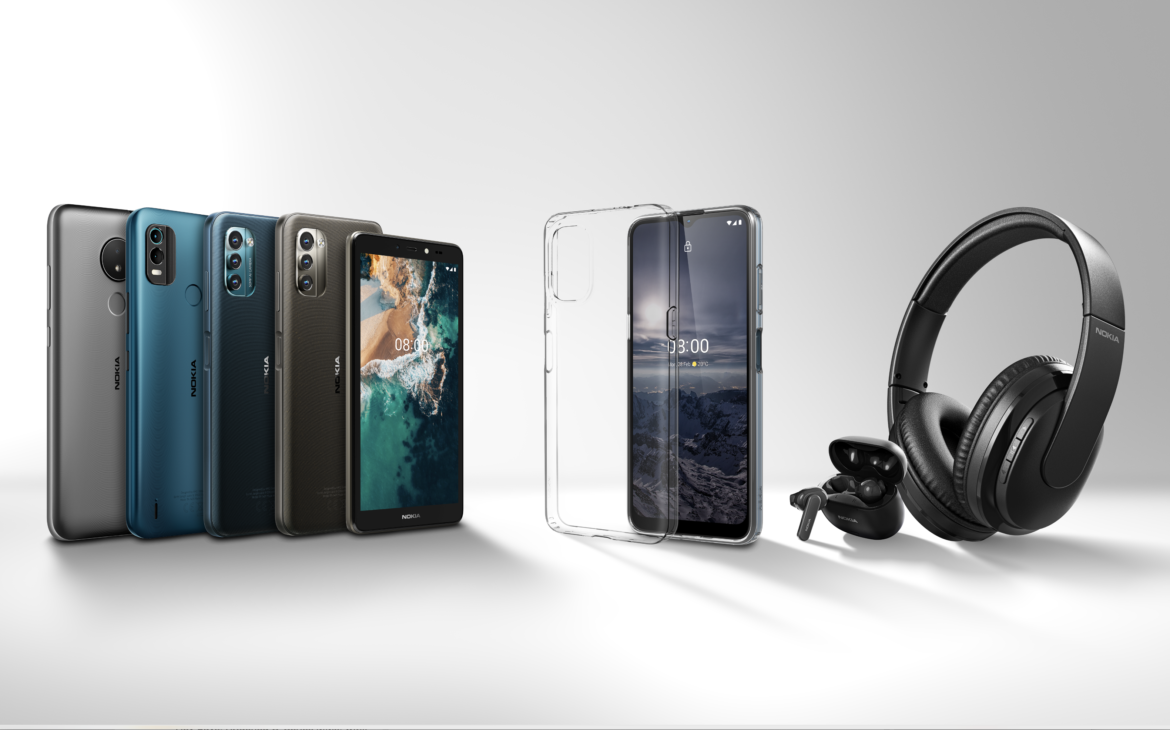 The world’s largest mobile event, MWC in Barcelona, was also the stage for new products from HMD Global, owner of the Nokia brand. Three new Nokia smartphone models from the C series have been introduced: the Nokia C21, the C21 Plus and the new Nokia C2.

The company highlighted the low price of the model, but in the presentation, they pointed out that the new mobile phones are highly resistant to bumps and drops and that they have a long battery life. Although Nokia has lost its seat at the table of best-selling mobile phones over the years, its sales have been growing for six consecutive quarters, and in 2021 they recorded a positive result and sales growth of 41 percent. The C series is extremely important because every eighth mobile phone that Nokia sells belongs to this line.

Of the three new models, the best is the Nokia C21 Plus. The customer can choose between a 4000mAh or 5050mAh battery, but the company assures that both should last up to three days of use. The mobile phone has a metal case, is dirt-, water-resistant, as well as shockproof. The company claims that it has been tested in rigorous conditions and that it can withstand daily shocks. It has a 6.5-inch HD+ screen, up to 4GB of RAM, 32GB or 64GB capacity, dual main camera (13P + 2MP), 5MP front camera, and the processor is octa-core UNISOC SC9863a. It also has a fingerprint sensor, face ID, headphone jack, FM radio… Compared to the models we saw this year, it’s certainly a reliable mobile phone, but it can’t boast ultra-strong cameras. Other models presented have lower performance: from a weaker battery to less working memory and an even weaker camera.

Nokia also introduced new headphones in Barcelona, ​​both earbuds and classic. The Nokia Go Earbuds 2+ cancel external noise, have 24-hour battery life, and retail for roughly HRK 300. The classic, Nokia Headphones can be purchased with or without wires and are available in white and black.

Additionally, Nokia introduced two more models of smartphones G11 and G21 in early March. Again, hopes are pinned on a long-lasting battery, but these phones have slightly better cameras than the C line. The company claims the battery can last three days of cell phone use. The Nokia G11 has a 6.5-inch LCD screen, good resolutions, an 8-megapixel front camera while the rear panel has a triple camera. The main camera has 13 megapixels, and the other two 2 megapixels. The device offers 32 GB of internal memory and a microSD card slot. The handset runs on Android 11. It has been confirmed that it will receive 2 years of OS upgrades and 3 years of monthly security updates. The G11 has a 5,050 mAh battery that supports 18W charging, but it comes with a 10W charger. It is a 4G mobile phone which costs around HRK 950.