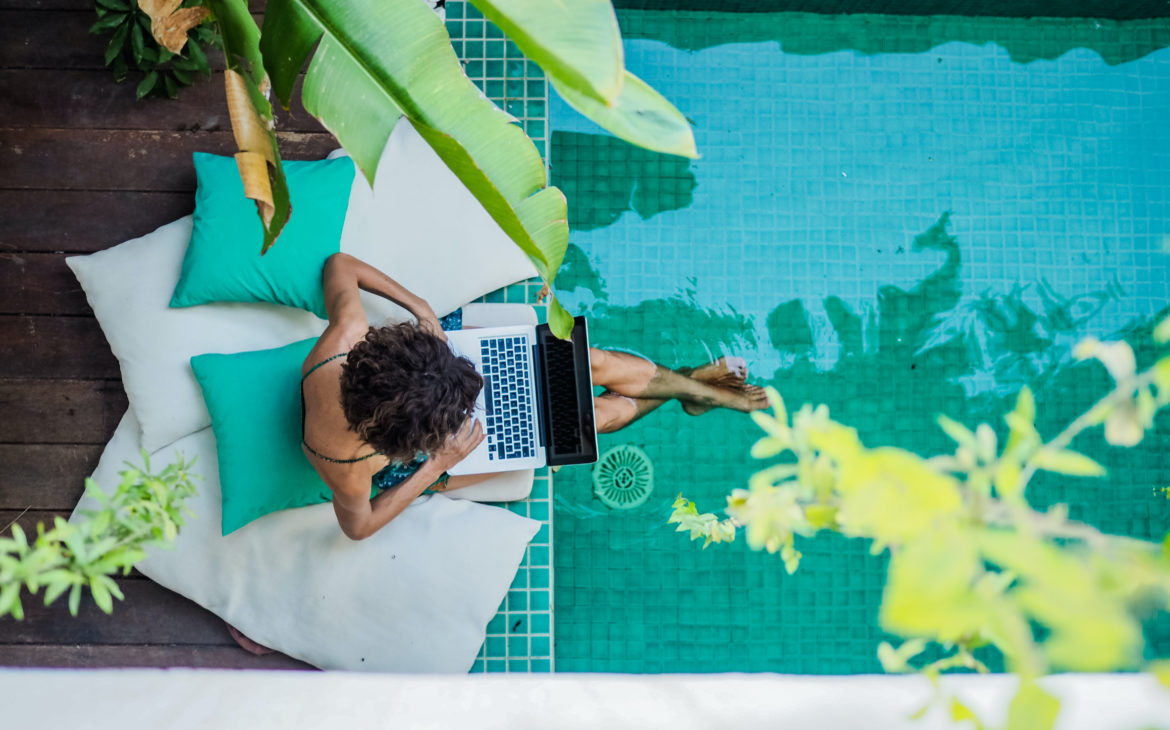 A digital nomad is someone who relies on the money they make from running an online business to fuel their travels.

A digital nomad is an entrepreneur or employee who almost exclusively uses digital technologies to do their job. At the same time, they are independent and live their lives in several places, so they usually work on the road because to them location is irrelevant. Given the ‘new normal’ and the understanding for remote work brought by the pandemic, as well as new trends in the world of business involving fewer meetings and new types of jobs that depend on internet connection and not so much on human contact, more and more digital nomads are to be expected, thus creating a completely new kind of economy.

The most famous promoter of digital nomads in Croatia, Jan de Jong, calculated that digital nomads could earn Croatia HRK 500 million a month in economic activities, which means that Croatia could have around HRK 6 billion in revenue from them in a single year.

“The island of Bali, with a similar population to Croatia, i.e. four million, constantly has about 50,000 digital nomads. I’m not saying that Croatia can reach such numbers overnight, but given the accelerating trend of teleworking, I believe that in time we could achieve the same,” de Jong said, emphasizing the benefits of digital nomads including hair salons, tourist attractions, restaurants, salespeople, renters, or even hotels, cinemas, theaters, and other services also have on the budget, since digital nomads pay VAT on all services.

Croatia has created administrative conditions for approaching digital nomads by becoming one of the first countries in the world to introduce the digital nomad visa. Namely, last year the Croatian Law on Foreigners and the Income Tax Act were amended, which legalized this way of life and work, thus facilitating the arrival of digital nomads to our country. Croatia provides digital nomads with a visa to stay in the country for up to a year, and they also have preferential tax treatment because the Ministry of Finance does not subject digital nomads to any income tax during their stay in Croatia. The Law on Mandatory Health Insurance and Health Care will also be amended to include this group of citizens.

Croatia’s first official digital nomad is Melissa Paul from the United States, whose visa was issued on January 26. Melissa is an experienced digital nomad of 15 years and currently runs her own company from Labin, which is registered in the USA and works for clients in Philadelphia, New York, and Mexico. She argues that digital nomadism is the fastest-growing phenomenon in the business world, especially in the COVID era.

Currently, around five million people in the world define themselves as digital nomads and lead this lifestyle, while as many as 17 million people, mostly from developed countries, have indicated that they are preparing for this way of life. Although these people engage in various activities, there are a lot of IT and marketing digital nomads, as well as quite a number of CCI workers. Despite the fact that this lifestyle is mostly attributed to young men, women make up 33 percent, and, interestingly, 54 percent of all digital nomads are over 38 years old. There is an equal number of nomads who are part-timers and those who work full time, and they are relatively good consumers because they have above-average incomes for Croatia, with about 20 percent earning more than $75,000 a year.