A1 Croatia ranks highest on Speedtest, to build optics for 800,000 households 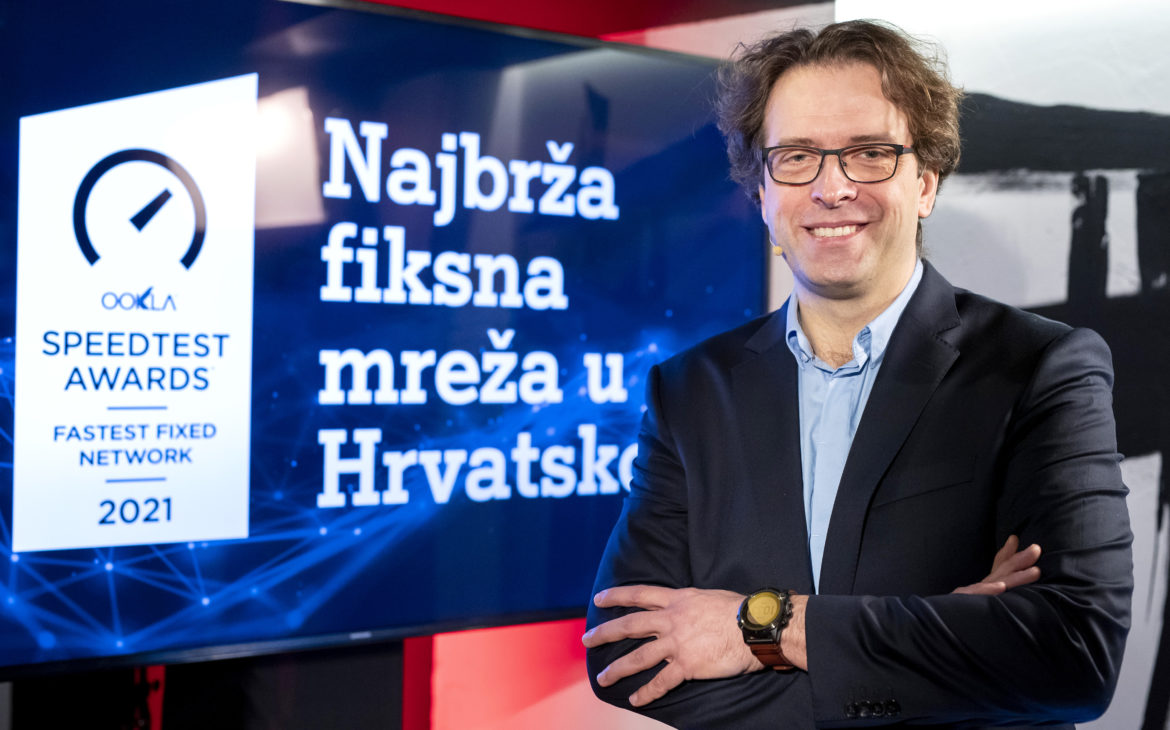 A1 Croatia has the fastest fixed network in Croatia, according to a study by Ookla’s Speedtest platform. From July to December 2021, more than 1.7 million user tests were conducted among users of fixed broadband access, including Wi-Fi.

A1 Croatia is ranked as the fastest fixed broadband provider in Croatia. The best results were achieved in large cities like Zagreb and Split, with the highest download speed measured in the A1 network as well – 196 Mbps, with the lowest mean latency of 11 ms. More than 441 thousand users of fixed services participated in the test.

A1 Croatia continues to build an optical network in about a dozen cities and towns in Croatia. The company is building fiber-optic infrastructure in Zagreb, Osijek, Split, Zadar, Rijeka, Dugo Selo, Umag, Tučepi, and Novska. With the completion of this work, as many as 600,000 households will be connected to a fixed gigabit network, via fiber optics. These investments will drive the accelerated development of the digital society and Croatia’s progress according to the Digital Economy and Society Index (DESI), the telco explains.

“In the last DESI, the European Commission highlighted xDSL technologies as predominant. Our mission is to change this and provide the majority of Croatian citizens with fixed access to next-generation broadband networks. With the largest number of households with gigabit capacity and the title of the fastest network in Croatia according to customer measures on the Ookla Speedtest® platform, we have reaffirmed our leading position in fixed access “, explained Branimir Marić, CTO of A1 Croatia.

He also stressed that the company had much greater ambitions:

Our goal is to exceed 800,000 households with access to cutting-edge fixed technologies in the next two years through the accelerated construction of the optical network. We remain committed to the digitalization of economy and society and Croatia’s progress towards DESI based on the investments of A1 Croatia.

In addition to the independent construction of optical infrastructure, this year the first households in the wider area of ​​Solin, Kaštela, and Ivanić Grad will have broadband access. The work is co-funded by EU grants, and a total of 45,000 households will have coverage by the end of 2023.