U.S. Open: Out with the line judges, in with Hawk-Eye technology 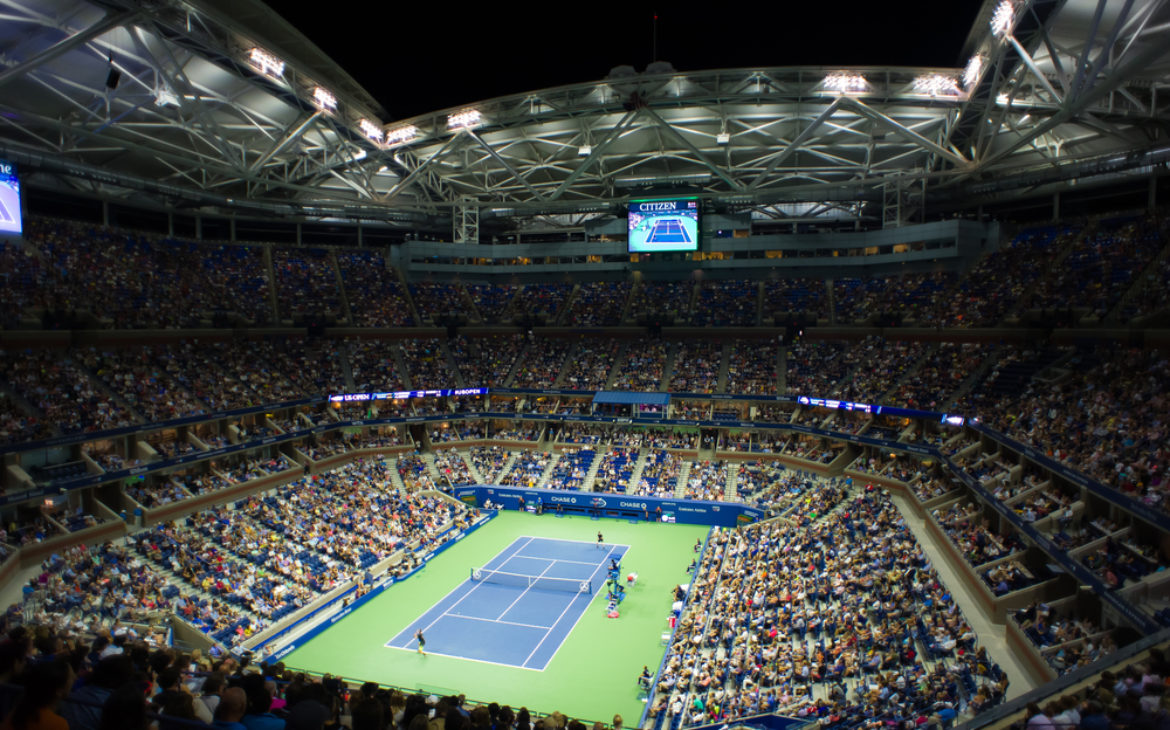 At the 2022 U.S. Open tennis tournament, which wrapped up this weekend in Flushing Meadows, N.Y., technology has won – game, set, match.

Line judges at the tournament have been completely replaced by optical technology to determine whether balls are ruled in or out. Immediately following impact, a recorded voice shouts out: “Fault!” or “Out!”.

This move significantly reduces the risk of players’ outbursts because of a ruling that went against them.

With the optical system called Hawk-Eye Live in place of human line judges, the players are given “a fairer playing field with a lot more integrity, a much higher accuracy call,” says Sean Cary, who oversees officiating for the United States Tennis Association (USTA), which manages the U.S. Open.

In the past, when a player challenged a line judge’s call and it was reviewed through the Hawk-Eye tracking system, the human turned out to be correct roughly 75% of the time. Now, Cary tells NPR, “the automated line calling system is right pretty much 100% of the time.”

In other words: “We are millimeter accurate in terms of our line calling,” claims Benjamin Figueiredo, director of tennis at Hawk-Eye Innovations.

Even though some players contend Hawk-Eye is not fully reliable and does occasionally make incorrect calls, the majority of them appear to be in favor of the change.

“It’s pretty tough to argue with a computer. You always lose that battle,” says professional tennis player Noah Rubin, who competed at the U.S. Open from 2013 to 2019 at the junior and men’s levels and was the 2014 Wimbledon junior champion. Automated line calling, he says, takes away that anxiety of “I really hope the line judge or chair umpire doesn’t mess this one up.”

Hawk-Eye Live uses 12 cameras to track the path of the ball through space, without any sensors or lasers. Figueiredo reveals: “It’s all through optical tracking… The entire system is calibrated to the court. And the cameras essentially identify the X, Y, Z position at any given point.”

When the ball lands out, it automatically triggers the sounds that are broadcast over the P.A. system to announce ‘fault’ or ‘out’ calls in the same way that the audience is used to a line judge doing.

The U.S. Open’s switched to Hawk-Eye Live in 2020, during the early peak of the COVID pandemic. To minimize the risk of infection spreading, the tournament eliminated nearly all line judges, using Hawk-Eye Live instead (on all bar the two main courts). Tournament officials then figured the system worked so well that now they only use Hawk-Eye.

“The thing that I think is really cool,” says the USTA’s Cary, “is that we’ve been able to program the system to know that if the ball is way out, it’s going to be a softer out call. But if it’s a really close one, like it would be with a live line umpire, they generally yell at the top of their voices to make sure everyone hears it.”

In addition to greater accuracy, Cary says there’s another benefit to replacing line judges with automation. Now, with nine fewer people on the court, he says, “we’re providing a much cleaner court for our broadcast partners and our sponsorship partners.”

Namely, the TV networks and corporate sponsors are happier since there is less clutter on the screen – though Cary is not a fan at that word: “I mean, ‘clutter’ is not necessarily a nice word to call human beings.”

Even so, the absence of line judges, however welcome, still strikes player Rubin as visually odd: “I’m usually not a tennis traditionalist, but there’s something about having those line judges dressed up in the back of the court making the calls. There’s definitely something missing there. It looks pretty empty on the courts.” But, he believes this is good for the sport, as there’s too much on the line for a missed call or a human error to determine a match’s outcome.

Along with the U.S. Open, other competitions have abandoned human line judges in favor of Hawk-Eye Live as well – including the Australian Open. There, the pre-recorded voices making calls have included front-line workers who responded to both the COVID pandemic and wildfires, and the actress Rebel Wilson, who’s a passionate tennis fan.

Last year, Hawk-Eye Innovation’s Figueiredo stirred up controversy when he told the Sydney Morning Herald that his company had held discussions about replacing the ‘fault’ and ‘out’ calls with the names of sponsors. “It’s quite interesting,” he said at the time. “You could have ‘Ralph Lauren’ being shouted out. That might wind a few people up after a while, but it’s certainly a possibility.”
When asked about that prospect by NPR, Figueiredo responds tentatively: “It has previously been talked about. I guess I’d rather not go into details.”

As for the U.S. Open, USTA’s Sean Cary believes that automated line calling is here to stay. “Because we’re providing a a fairer and more even contest to the players, with a higher level of integrity,” he says, “it would be very difficult for us to move backwards now.”