NEXT STEP IN DIGITALIZATION

NYC set to install innovative 5G kiosks across its boroughs 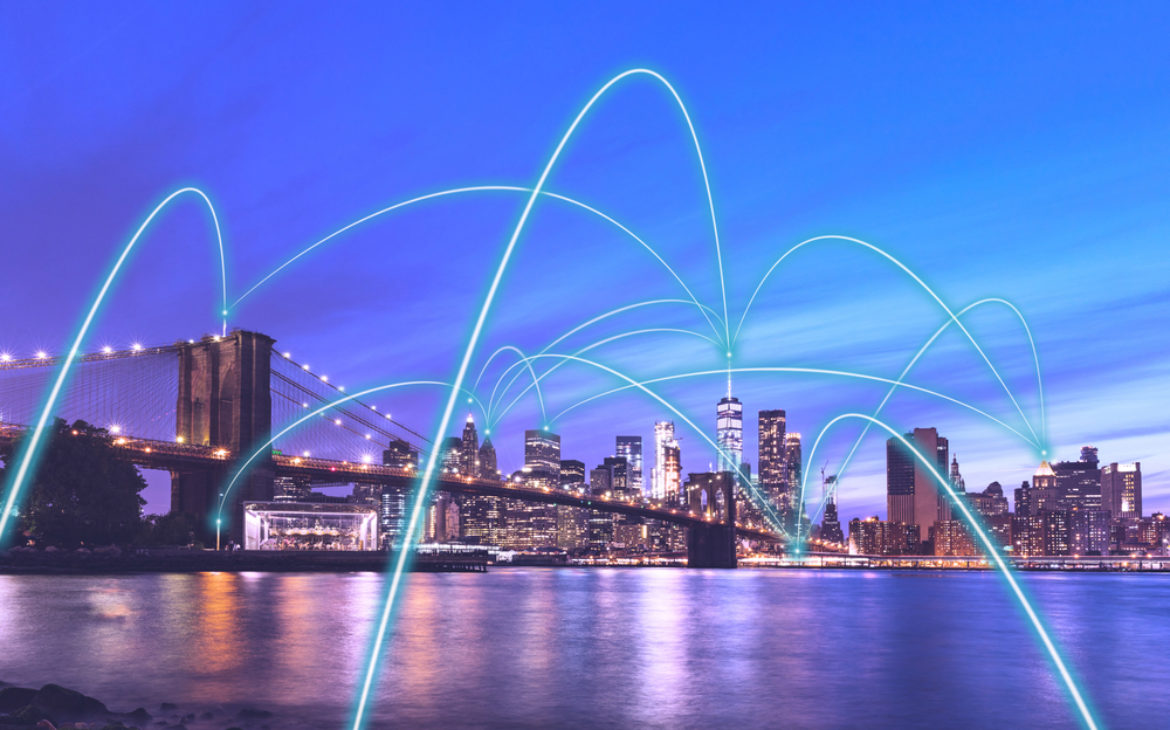 Thousands of three-story-high 5G kiosks will be going up across New York City by 2026, Mayor Eric Adams announced this week.

NYC is about to expand its 5G coverage by installing nearly 2,000 internet kiosks across its boroughs, specifically in underserved areas.

These 32-foot-tall kiosks will join the LinkNYC kiosks that already offer free Wi-Fi and calling on the streets, bringing the total LinkNYC network to at least 4,000 locations citywide. The plan is to install these Link5G kiosks by 2026, with 90% of them located in the outer boroughs (Brooklyn, Queens, the Bronx and Staten Island) and above Manhattan’s 96th Street.

These pillars will give free 5G service to New Yorkers with phone plans that can connect to the high-speed network. Each one will also be able to host services from telecom firms like AT&T and Verizon, for a price. Essentially, these companies would rent out the poles, generating revenue.

Like their predecessors, the Link5Gs will have free Wi-Fi, a 911 button, USB ports, a tablet, calling capabilities and advertising displays, The City reports.

The first active Link5G kiosk has been set up in the Morris Heights neighborhood in the Bronx.

“The dawn of the Link5G era heralds a monumental evolutionary advance in our city’s LinkNYC program and our broader, ongoing efforts to bridge the digital divide,” said CTO and Office of Technology and Innovation Commissioner Matthew Fraser. “As New York City continues its post-pandemic revival, Link5G’s ultra-fast network speed and expanded mobile coverage will go a long way toward clearing the technological barriers so many New Yorkers encountered over the past few years. In addition, Link5G’s equity-centered rollout has the potential to lift up entire neighborhoods and communities that have languished as digital deserts amid this century’s rapid tech advances.”

Despite being lauded as the largest free public Wi-Fi network in the US, LinkNYC has had significant difficulties along the way.

Following reports in 2016 of people using terminals to view online pornography, the web browsing feature is now restricted to government and social services websites.
The city didn’t respond to requests for comment on this issue.

The devices have also sparked privacy concerns in the past. According to LinkNYC’s website, it collects anonymised MAC addresses and it does not store browsing history or track the websites Wi-Fi users visit.

Fraser said: “Privacy is the cornerstone of this administration. That’s why part of the Office of Tech and Innovation is the Mayor’s Office of Information Privacy. We want to ensure that the public feel safe leveraging these devices and their information is only used in ways that’s acceptable.”