IT SECTOR IN CROATIA 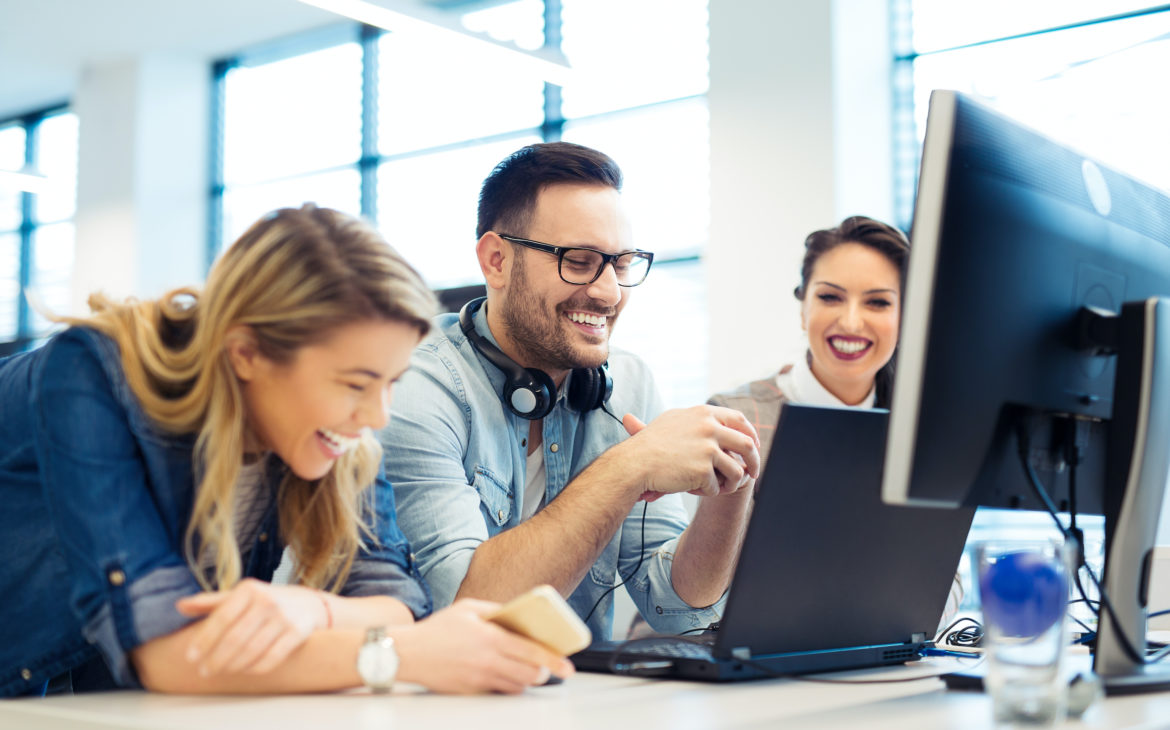 The analysis of the IT industry in Croatia, conducted by the Croatian Chamber of Commerce, shows that, during the five-year period ending in 2019, the sector recorded high growth rates of employment, revenue and profitability, and that wages are growing faster than in other sectors.

However, the analysis also shows that the IT industry is still concentrated in Zagreb, while companies are only sporadically opening up in other parts of Croatia. The year 2020 proved to be one of great growth and decentralization, but as financial reports (from which business success and the employment situation can be analyzed) can be submitted only at the end of April, last year could not be included in the great analysis.

Nevertheless, the five-year period included shows good trends based on which it can be concluded that the IT industry in Croatia is a sector of the economy that shows high resilience, relatively high profitability rates, and stable employment growth.

The total revenue of the industry in which about 4,000 companies operate, most of which are micro-companies with up to ten employees, grew to HRK 28 billion in 2019. In the first year considered, 2015, this revenue amounted to slightly more than HRK 18 billion, which shows that in five years the industry has grown by 50 percent, with an annual growth trend of about 10 percent. Most of the revenue is generated in the service part of the sector, where intellectual services are provided for foreign and domestic markets, while a smaller part of the sector is engaged in the sale or production of technical equipment. Thus, IT service companies generate 42 percent of total revenue, followed by IT retailers with a share of 26.8 percent and software vendors with 19.3 percent. The top ten IT companies in terms of total revenue in 2019 were: M San Group (HRK 2.07 billion), Ericsson Nikola Tesla (HRK 1.57 billion), King ICT (HRK 764 million), Combis (HRK 762 million), Huawei Technologies (HRK 664M), Mercury Processing Services (HRK 392M), Span Group (HRK 356M), Microline (HRK 355M), S&T Croatia and Macromicro (HRK 329M). Ten more companies had a turnover of more than HRK 200 million, and 22 of them had HRK 100 million in turnover.

The average profitability in the sector is about eight percent, with margins being cut by equipment dealers, while other sectors generally account for more than 10 percent of the margin. This is where IT outsourcing providers earn the most, with a margin of as much as 13 percent.

The IT industry has created 9,100 new jobs in five years, so in 2015, 24,000 people worked in this sector, while about 33,000 Croatian citizens are employed in IT companies today. Most of them, more precisely 80 percent of total employees, are in Zagreb, as well as the companies themselves, but with the decentralization of the industry and new projects, these ratios could change in the coming years. The IT industry has relatively good salaries, so the industry average is around HRK 8,700 netto, which is almost 50 percent more than the Croatian average. Zagreb, where 80 percent of all employees in the IT industry work, has an average salary of HRK 9,700, while IT employees working in Lika have an average monthly income of only HRK 4,000. This drastic difference in Croatia alone explains the industry’s high concentration on Zagreb. However, even Zagreb’s income is significantly lower than the European average, so experts have calculated that in the next five years we would need a 17-percent salary increase in order to catch up with the European standard of IT professionals. Given this practically impossible pace, the IT industry will have to find an answer to the problem of staff shortage and the outflow of quality labor to European markets.