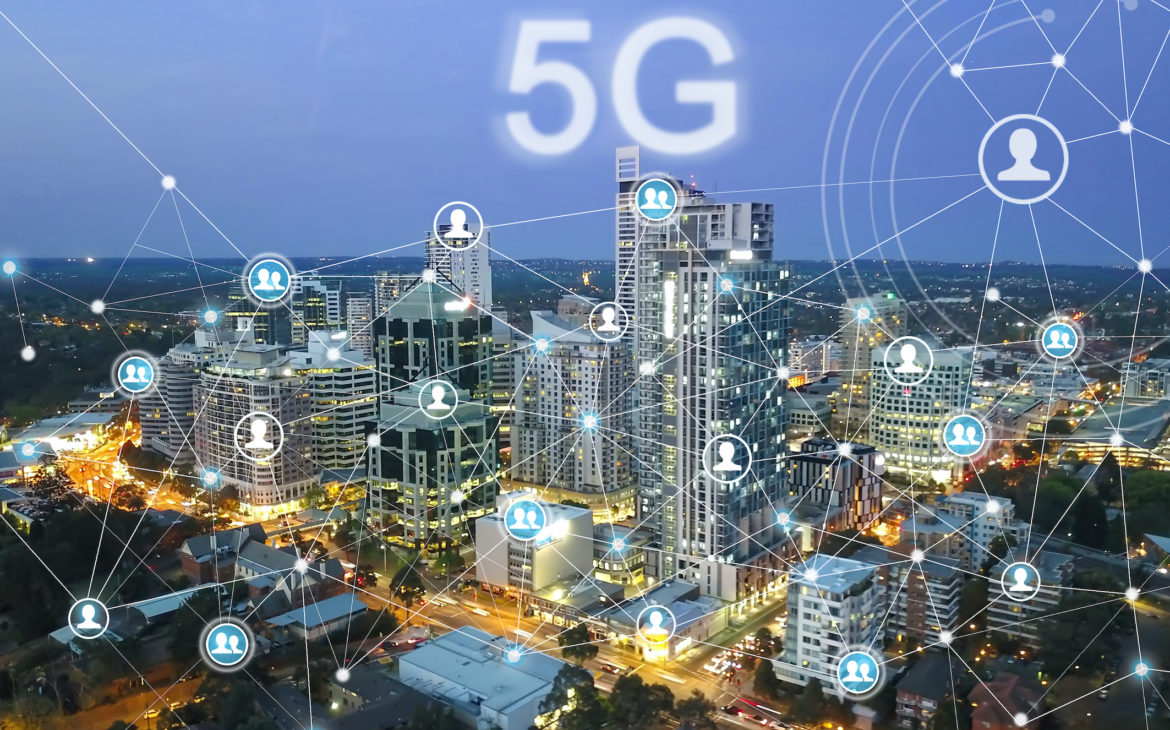 5G has become a hot topic even before serious commercial rollout, and these days it is im-possible to ignore. It is at the center of geopolitical pressures and controversies of major world powers, which indicates how important this new infrastructure is to global leaders.

5G has become a hot topic even before serious commercial rollout, and these days it is impossible to ignore. It is at the center of geopolitical pressures and controversies of major world powers, which indicates how important this new infrastructure is to global leaders.

None of the previous generations of mobile networks (1G, 2G, 3G, 4G) came close to this level of media coverage nor prompted the reorganization of the new world order. Why is that so? The reason probably lies in money, more precisely in the enormous economic potential of 5G technology, and thus in the political context associated with the enormous investments and revenues that the new technology will bring.

Relevant analyses show that by 2035, sales of products and services related to 5G technology will surge to $13.2 trillion, and new technologies should generate more than 22.3 million new jobs.

It is already evident that the future is digital and that all digital content will be interactively searched, exchanged, changed, and enriched, which will soon require much greater network capacity than current mobile technologies and networks can adequately deliver. If we add to this the upcoming AR, VR, 360° video, and UHD streaming services, it’s not hard to predict the imminent difficulties on current mobile networks. As proof of this, it’s enough to remember the video quality on 3G networks and how much it was improved by 4G. However, the potential of infrastructure based on 4G technology has reached its maximum, so the alternative to a 5G network would be to set up a very large number of 4G base stations and aggregate much more frequency spectrum and so-called electrosmog (artificial electromagnetic fields) than would be the case if we gradually switched to 5G. Even these networks would very quickly become operationally inefficient and financially unsustainable.

Thus, as with previous mobile generations, operators will make the decision to switch to 5G primarily due to the increasingly difficult fight against the increase in packet switching caused by bandwidth-hungry applications such as YouTube, Instagram, Facebook, Netflix, and others. For all these reasons, it is quite clear how the internet giants profited from 3G and 4G networks, so this time operators will be much more careful about who they build the network for and how to adequately monetize it primarily for their own commercial gain.

5G as the basis for autonomous driving and smart cities

In a more narrow sense, 5G represents a new generation of mobile technology as the next evolutionary stage of the currently most widespread 4G technology. In a broader sense, 5G is a set of wireless technologies intended for various applications and pre-compatible with all future upgrades. 5G is designed to support all existing as well as future requirements that we cannot currently conceive. It represents a revolutionary change in the design and management of not only mobile networks but also all other network elements in the mobile ecosystem, for the first time effectively providing end-to-end quality assurance at all levels, often referred to as the “network slice”.

The answer to the question of what 5G brings could be: initially old services but better. Later it will become a breeding ground for new technologies and their applications, such as AR, VR, AI, drones, computer vision, autonomous driving, smart cities, automated manufacturing, etc.

The combination of these technologies should enable the expression of thus far unexplored human talents and create many new jobs and brand-new smart industries where the strongest currency is data. In the final phase of the specification and implementation of the 5G standard, we expect the penetration of 5G industry applications, which will – through their ability to offer secure, responsive, fast, and reliable network, the concept of network slicing and the harmonized operation of base stations and a large number of devices in a small area – transform production logistics, agriculture, and other industrial verticals that have largely remained almost untouched by the current digitalization and application of mobile networks in their core business in general. All this should be made possible with a much lower incremental cost of building and managing a 5G network compared to the costs of existing mobile networks, which will certainly stay with us for a while longer.

In addition to the above, 5G will change the telecoms themselves, as they will all want a slice of the B2B (business-to-business) cake, from which it is largely planned to finance the construction and operation of future 5G networks. But this will require cooperation between the telecom, start-up, and integrator communities. Furthermore, it is primarily a cultural and workforce change of today’s telecoms focused primarily on the B2C (business-to-consumer) sales model, which generates most of their revenue. Employees will also have to develop new digital skills, and, ultimately, telcos could increasingly adopt the operational and business model of “Big Tech” companies like Google and Amazon.

Can’t fiber optics do all that?

5G is first and foremost a mobile technology that enables today’s fiber-optic speeds, with mobility as the key differentiator. So, the focus is not so much on the technical capabilities of fiber optics and 5G, but on their applicability. Also, the process of getting fiber to the home is usually very slow and inefficient in rural areas. 5G networks should largely bridge this oft-mentioned digital divide between urban and rural areas.