5G as a ‘great enabler’ for the US Navy 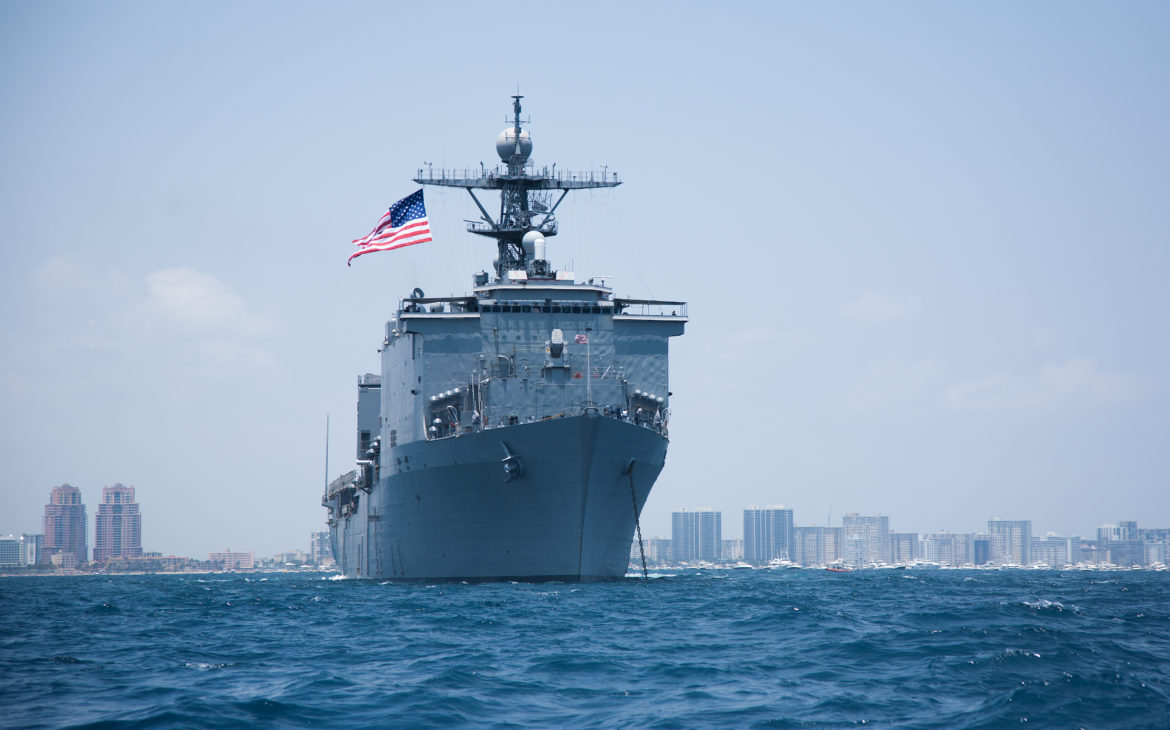 This week, Chief Digital Innovation Officer at US Department of the Navy hailed 5G as a “great enabler” of future operations, given their focus on greater connectivity through classified Project Overmatch.

Fifth-generation wireless gear is being considered for a range of applications, from pier-side and shipboard links to smart warehouses and other logistical feats, Michael Galbraith suggested on April 19.

“Think of a ship, think of a carrier group – we need to work in the run quiet, run deep kind of thing, can’t use SATCOM,” Galbraith said at the Cloudera Government Forum. “I still need to communicate from the first deck to the third deck, I still need to communicate from that carrier to the destroyer, and 5G and other millimeter wave technologies allow that to happen.”

Exactly how 5G, the so-called Internet of Things and data collection interact with the Navy’s major networks is an “issue we are actively working on,” Galbraith said. “You heard about Project Overmatch, communication as a service. That is a part of the work that the team of Rear Admiral Doug Small is doing, which is of vital importance.”

Project Overmatch is the Navy’s contribution to Joint All-Domain Command and Control (JADC2), i.e. a broader Pentagon effort to better connect sensors and shooters and dissolve communication barriers between the services. Doug Small is the leader of the Naval Information Warfare Systems Command, a key JADC2 player.

In early April, Small told C4ISRNET that his team was “working across systems commands, warfare centers, services and with industry to provide the architecture, or framework, for how the various components are stitched together, including the networks, infrastructure, data architecture, tools and analytics to improve on our decision advantage.”

“Ultimately,” Small said at the time, “this will aid our ability to provide synchronized effects near and far in all domains, ensuring a more lethal and better-connected fleet now and far into the future.”

Fifth-generation wireless technology promises faster speeds, lower latency and other improvements compared to its predecessors. On its own, 5G is “more, better, faster,” Galbraith said, adding that when synced with other capabilities, its potential really shines.

US Department of Defense has selected a dozen military installations as test stations for 5G, including sites in California, Georgia, and Virginia. The Department recently unveiled a multimillion-dollar challenge to accelerate the growth and adoption of a fifth-generation open ecosystem.

The telecommunications company AT&T this year claimed initial success in setting up a 5G network experiment that could realize smart warehouses for the Navy, Defense News reported. They believe that smart warehouses could boost the efficiency and fidelity of tis logistics.