How 5G helps you today (and tomorrow) 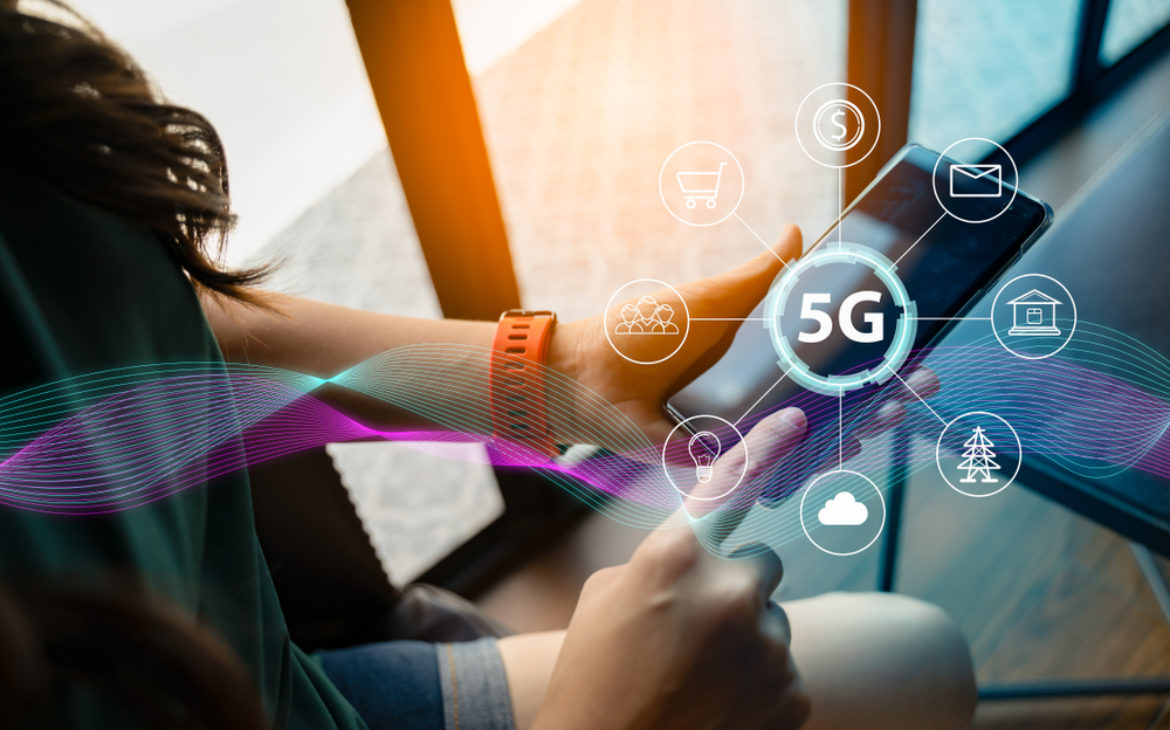 With all the hype around 5G technology, it can be difficult to distinguish between what 5G is now and what it promises to be in the future.

5G will undoubtedly transform how we communicate. It has the ability to provide ubiquitous access to many more devices in addition to the high speeds and low latency that were previously the only province of optical fiber broadband.

All of this sounds amazing, but if your own 5G experience has left you unimpressed, you are not alone. The development of the new wireless technology has been somewhat shaky thus far. This has been particularly true in the US, where carriers have had to contend with older 4G/LTE technology on the airwaves, negotiate with the Federal Communications Commission (FCC) and the aviation industry, and juggle a variety of low-band, mid-band, and high-band mmWave spectrum to make it all work.

Until recently, the main advantage that many people associated with being on a 5G network was the excitement they felt upon seeing the letters ‘5G’ on the status bar of their phone. Nonetheless, you wouldn’t have seen much of an improvement over your 4G/LTE connection unless you were one of the 1% of people who had the good fortune to live or work near a mmWave transceiver.

The good news is that things are finally improving. Customers are starting to notice noticeable speed boosts on their carrier’s 5G services as AT&T and Verizon roll out new C-band spectrum on their 5G+ and 5G Ultra Wideband networks while T-Mobile expands its mid-band Ultra Capacity 5G network.

The 5G network offers far more than just speed, though. Since so many of the advantages of 5G operate behind the scenes to enhance your overall experience, today’s 5G networks offer real benefits that you might not even be aware of. After all, how fast does your smartphone really need to be? While it is exciting to run speed tests and get impressive results, most people don’t require the quickest 5G speeds for everyday use.

People do, however, require connectivity, and 5G will guarantee that you receive the signal you need far more frequently.

Anybody who has tried to get decent cellular service at a packed concert or sports event is aware of how challenging it can be. Even the best 4G/LTE networks can become overburdened by thousands of mobile devices vying for the same cellular service. Incoming calls tend to go to voicemail instead of ringing through to your phone, outgoing calls fail or take an exceedingly long time to connect, and checking Facebook or Instagram starts to seem like trudging through tar.

5G technology fixes all of these issues when deployed properly. In addition to being built from the ground up to handle congestion much more effectively, 5G has another trick up its sleeve in the form of mmWave.

Earlier 3G and 4G/LTE networks could only operate on a narrow band of frequencies, often between 800MHz and 1.9Ghz. While 5G can also function at these frequencies, it also has access to the mmWave, or millimeter wave spectrum, which covers a range of even higher frequencies. Milimeter wave transceivers can easily manage a much higher number of connections while operating at the 28GHz and 39GHz frequencies.

As the range of mmWave spectrum is typically very short — about a city block — all carriers need to do is install a few antennas around a stadium, music venue, or airport in order to provide unprecedented connectivity. With 5G, you’ll experience the same level of performance whether you’re watching a football game at home or in a stadium surrounded by 70,000 people.

The catch is that if you need a smartphone capable of connecting at these extremely high mmWave frequencies if you want to be certain of getting optimum performance in these kinds of situations. Your needs will undoubtedly be met by Apple and Samsung’s flagship models, but others, such as Google’s Pixel 6, may be more problematic.

But if your 5G phone doesn’t support mmWave, you shouldn’t worry. The C-band frequencies, which are available for almost all 5G smartphones, can still deliver better performance on congested networks than the lower spectrum used by 4G/LTE.

What does it mean when we say that 5G has lower latency than 4G and 3G connections? When it comes to digital communications, performance has two facets. Although raw download and upload speeds are the metrics that most people like to concentrate on, latency is much more significant for smartphone users.

Download speeds only measure how fast a single stream of data can be delivered to your device. However, fast download speeds may not automatically equate to a quick connection due to the way digital communications work. This is because each new request sent and response received produces additional overhead. Downloading a single file, or streaming a single video, relies on an already established connection. The kind of traffic involved in surfing the web, instant messaging, and online gaming requires a lot of individual connections going back and forth in both directions.

Latency can pose a problem even on wired broadband connections, but the issue is far worse on traditional 3G and 4G/LTE cellular networks. For instance, mobile connections have historically been a poor choice for online gaming because low latency is crucial if you want to ensure that your opponent gets the message as soon as you pull the trigger.

It was important to the 5G technology’s designers to deliver latency that was at least as low as that of wired broadband networks, if not lower. As a result, everything from online gaming to browsing should feel faster, smoother, and more responsive while using a 5G network.

Although mobile network operators and smartphones seem to receive the majority of the attention in the 5G headlines, 5G is also altering how internet connectivity is provided to households and businesses. A 5G router can connect to a 5G wireless network in the same manner that a traditional broadband router connects a cable connection to your home’s Wi-Fi and Ethernet network. Your home’s electronics continue to use Wi-Fi, but now everything connects to the internet wirelessly over 5G rather than over coaxial or fiber-optic cables.

Wired broadband connections still outperform 5G home internet, which typically offers download speeds of 30 Mbps to 180 Mbps. However, these speeds will only improve as carriers roll out more 5G infrastructure.

When it comes to the potential of 5G technology, what we’re seeing today is just the tip of the iceberg. Many more options are becoming available because to 5G’s high bandwidth, low latency, and other more advanced features.

Still, many of these things can’t happen until the right infrastructure is set up. Right now, we’re still in the building-out stage. It will take some time before 5G is ready to power a new generation of smart gadgets, although it already provides adequate power for the online communications we presently do on our smartphones, tablets, and laptops.

Researchers are already exploring how 5G may be used for autonomous vehicles, drones, and healthcare devices, but this won’t be possible until the network is both widely available and impenetrable.

The routers used by today’s 5G home and business internet services are likely only a stopgap measure. As 5G capacity increases and connectivity becomes near-universal, the day is coming when you won’t need a home router at all. Everything from your laptop and smart TV to your refrigerator and coffee maker will be able to connect directly to the internet over 5G. Naturally, some security concerns will need to be addressed before this becomes a reality, but researchers are working on solutions to those issues as well.

Today’s 5G home and business internet services require routers, but this is probably just a band-aid solution. There will eventually be no need for a home router as 5G connectivity spreads almost universally and capacity improves. Everything will be able to connect directly to the internet over 5G, including your laptop, smart TV, refrigerator, and coffee machine. Before this becomes a reality, there will undoubtedly be some security issues that need to be resolved, but experts are also working on solutions for those problems.

In the meantime, private 5G networks are sprouting up in factories, university campuses, shopping malls, and even resort hotels to provide visitors, staff, students, and guests with high-performance connection over a far wider region.

Finally, 5G will ultimately play a key role in powering the smart cities of the future.