The worst technology of 2022 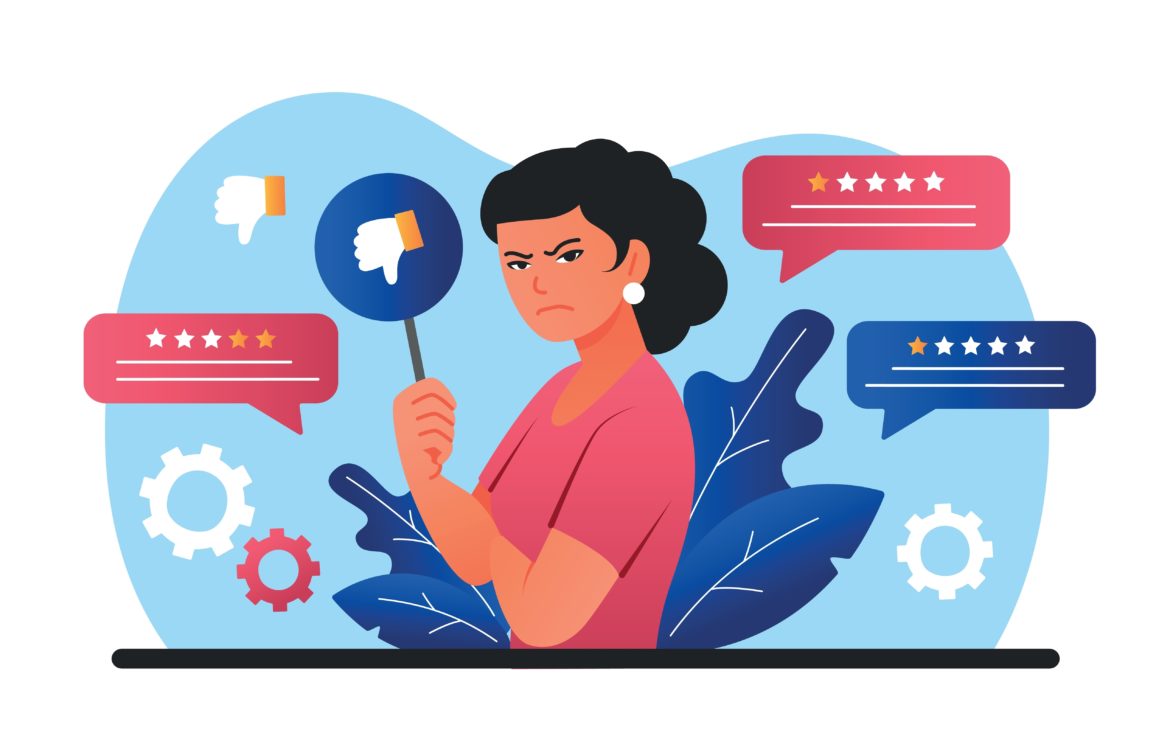 This year’s failures range from deadly pharmaceutical chemistry to a major language model that has been ridiculed on all sides.

One theme that emerges from this year’s list of disasters is how seriously policies – the rules, processes, institutions, and principles that regulate how we use technology – can fail us. In China, the ubiquitous pandemic control system known as “zero covid” came to an abrupt and unexpected end. On Twitter, Elon Musk deliberately destroyed the site’s governing policies, replacing them with an insidious and arbitrary blend of free speech, personal vendettas and appeals to the right wing of American politics. In the US, policy failures were evident in the highest number of overdose deaths ever recorded, many of which the result of a 60-year-old chemical compound: fentanyl.

The number of persons affected by these technologies could be used to gauge their impact. In China, more than a billion individuals are currently experiencing the virus for the first time; 335 million people are following Musk’s antics on Twitter; and fentanyl killed 70,000 people in the US. From each of these “anti-breakthroughs”, we can draw important lessons about the use of technology.

Imagine living in a society where you can invent new forms of currency and people will pay you “real” money to obtain some of it. Let’s call what they’re buying cryptocurrency tokens. Imagine, however, that a businessperson establishes a private stock market to trade tokens, as there are numerous varieties and it is difficult to acquire and sell them. Call it a “cryptocurrency exchange” for simplicity. Since the tokens have no intrinsic value and other exchanges have collapsed, you would ensure that your exchange was extremely secure and well-regulated.

That was the idea behind FTX Trading, a cryptocurrency exchange founded by thirty-year-old Sam Bankman-Fried who boasted of the cutting-edge technology as a 24/7 “automated risk engine” that would check every 30 seconds to determine if depositors had enough real money to cover their crypto bets. This technology would supposedly assure complete transparency.

Under the surface, however, FTX was in fact just old-fashioned embezzlement. US authorities claim that Bankman-Fried used consumer funds to purchase opulent homes, support political causes, and acquire substantial holdings in illiquid crypto tokens. In November, everything fell to pieces. The man in charge of the insolvent company, John Ray, claimed that FTX’s technology “was not sophisticated at all.” Neither was the alleged fraud: “This is just taking money from customers and using it for your own purpose.”

Bankman-Fried, an MIT graduate with parents who teach law at Stanford University, was detained in the Bahamas in December and is accused of numerous counts of conspiracy, fraud, and money laundering.

When Paul Janssen, a physician and scientist from Belgium, set out to make the most potent analgesic possible in 1953, he thought he could create a molecule that was 100 times more effective than morphine, but with a short duration. The synthetic opioid he discovered, fentanyl, would eventually become the painkiller most frequently used during surgery.

Nowadays, fentanyl is setting terrible records – it is responsible for over 70,000 accidental deaths annually in the US, or almost two-thirds of all fatal drug overdoses. It kills more Americans under the age of 50 than firearms, coronavirus, and car accidents put together.

Fentanyl causes death by halting breathing. It’s fatal because of how powerful it is. A mere two milligrams (the weight of a hummingbird feather) can be lethal.

How did we get to almost 200 deaths a day? Janssen Pharmaceuticals, a division of Johnson & Johnson, played an key part. It made false claims about the addictiveness of the prescription opioid drugs while making money off of patients who got hooked on pills and patches. This year, Janssen agreed to pay a $5 billion settlement without admitting wrongdoing.

Now, fentanyl is obtained by drug users from covert labs in Mexico that are controlled by vicious cartels. It’s used to spike heroin or pressed into counterfeit pain pills.

Collapse of the Zero-COVID strategy

Through a system of quarantine hotels, ongoing testing, and phone QR codes, China managed to contain the coronavirus for 2.5 years. Green codes indicated freedom. A red code indicated that you had been in close proximity to someone who had the virus, making you an instant outcast, unable to eat in a restaurant or board an aircraft. President of the People’s Republic of China Xi Jinping referred to himself as the leader of a “people’s war” against the pathogen.

The system – though oppressive – worked. China had incredibly few cases of Covid. But the government abruptly suspended the program in December, so analysts currently forecast 1 million fatalities.

Some observers have linked the reversal to growing opposition to the suffocating policies. In October a fearless protester hung a banner from a Beijing bridge, stating: “No to COVID tests!” and “No to great leader, yes to vote.” The slogan was quickly adopted by protesters all around the nation. Unruly images of employees and students calling for change started to circulate on social media.

But the real story may be that China’s once-effective anti-covid measures and technologies had finally failed. Senior WHO official Mike Ryan thinks China was monitoring expanding outbreaks of the easily spread omicron strain “long before there was any change in the policy.”

“The disease was spreading intensively because, I believe, the control measures in themselves were not stopping the disease,” said Ryan.

When the richest man in the world (at the time) bought Twitter, he specifically pledged to bring back free speech to the social media site.

Elon Musk fired most of Twitter’s staff and made public the “Twitter files” – Slack messages exchanged by former executives as they deliberated whether to ban Donald Trump or block news of Hunter Biden’s laptop. He implied that Twitter’s former head of trust and safety was a covert pedophile. He let controversial figures back on the platform while announcing new guidelines as he went, seemingly on the spot: No parodies. No Instagram links. No publicly available information indicating the whereabouts of billionaires’ private jets.

Some predicted Twitter’s technology would break under the pressure. But what Musk was breaking – quite violently and suddenly – were the rules of interaction on the site and, consequently, the product itself. According to the journalist Nilay Patel: “The essential truth of every social network is that the product is content moderation… Content moderation is what Twitter makes – it is the thing that defines the user experience.”

The website users must now decide if the new, modified Twitter is one they want. They will deliver the real verdict on Musk’s manic dictatorship as moderator-in-chief. Musk, possibly tired of the top job, submitted his reign to a vote six weeks after assuming control of the company. “Should I step down as head of Twitter? I will abide by the results of this poll,” he tweeted on December 18.

The result: 57.5% of respondents think he should go, while 42.5% want him to stay. So now that the people have spoken, will Musk pay attention?

You’d think that in 2022 there will be a way to sell concert tickets smoothly and transparently, even for big events like the much awaited Taylor Swift tour. However, the world’s largest ticket sales company, Ticketmaster, collapsed at the time of selling tickets for The Eras tour, leaving avid fans, the so-called Swifties, raging. Then in Mexico City, tickets for more than a thousand Bad Bunny fans were rejected as fakes – despite the reggaeton star playing to a partially empty venue.

But even the biggest ticket seller in the world has trouble understanding it. When its system broke, it disrupted sales for the tour, infuriating the enthusiastic “Swifties.” Then, while the reggaeton star was performing to a venue that was only partially full, over a thousand Bad Bunny fans in Mexico City had their tickets rejected as fakes.

Mexico’s consumer protection agency said it may bring legal action. Swift fans in Los Angeles already have, alleging that the “ticket sale disaster” was due to Ticketmaster’s “anticompetitive” practices. Ticketmaster and its parent company, Live Nation, control more than 80% of concert sales in the US, and the company has long been under regulatory scrutiny for antitrust reasons.

It’s not just that tickets are pricey (buying an average seat for Taylor Swift’s tour costs $1,000). Ticketing mistakes may be caused by a lack of competition, according to Yale economist Florian Elderer. “The allegations against Ticketmaster are that it abused its dominant market position by underinvesting in site stability and customer service,” Elderer says. “Thus, rather than causing harm to consumers by charging exorbitant prices, Ticketmaster is alleged to have caused harm by providing inferior quality—which it could not have done had it faced credible competitors.”

Generative AI gets kicked off the stage

This fall, two largw language models – artificial intelligence systems that can answer questions in fluent, human-like “language”– were released for the public to experiment with.

The first is ChatGPT, and the second Meta’s product called Galactica. If you’re unfamiliar with the latter, that’s because it only lasted three days before the company decided to discontinue it in response to vehement criticism.