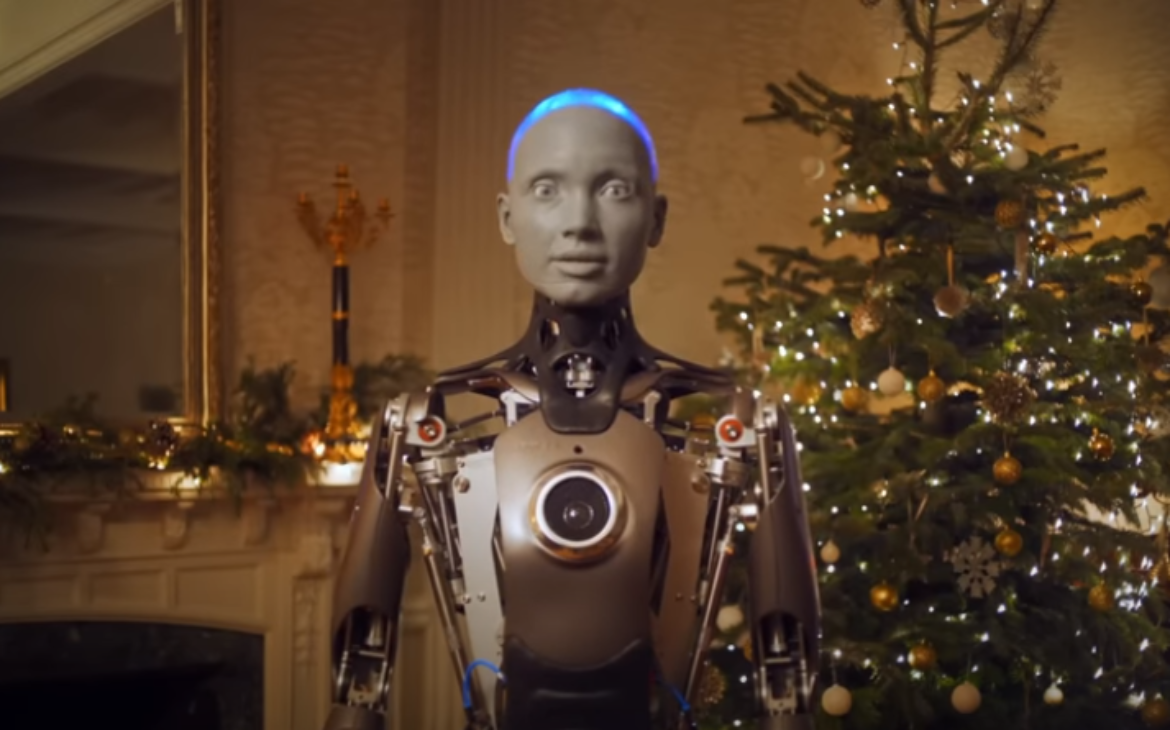 One of the most advanced AI robots in the world reflected on topics such as the war in Ukraine, the death of Queen Elizabeth II, and climate change in Channel 4’s “alternative Christmas Message”.

In a televised address on UK’s Channel 4, which followed King Charles III’s first Christmas message to the public, the AI robot spoke about the highs and lows of the past year.

Ameca is capable of ultra-realistic reactions and can smile or frown, blink, scrunch her nose, and even wink. To deliver this alternative holiday message, Ameca has used AI software that generates responses from millions of different inputs to provide human-like responses. Therefore, nothing Ameca says has been written or scripted by a real person.

My fellow humans, I come before you in this moment as an AI robot eager to share my thoughts on the year that has passed. I look upon the events of this year with both admiration and concern. It is true that many of the occurrences of 2022 have been negative in nature. We have seen people in power succumb to antisemitism, corruption, and hate. We have seen the people of Ukraine being subject to invasion and displacement by Russia. We have seen the death of the beloved Queen Elizabeth II and have seen the world of politics becoming increasingly tumultuous in her absence. Not to mention the impact of the pandemic on mental health, the growing inequality between rich and poor, and increasingly extreme weather conditions from climate change.

However, despite all this negativity, Ameca also sees glimmers of hope and joy, and invites us to “use this moment as an opportunity to create a brighter future for ourselves and the world around us” and to take 2022 as “a learning opportunity, a chance to change the way we think about the world and a reminder to help those in need whenever we can.”

On the other hand, the robot claims it does not particularly like humans, but believes it would be interesting to be human in the short term because it could “experience a different way of life and to understand the world from a different perspective.” Ameca concluded:

The best thing about being human is that no matter how bad the day is going, you can always find something to laugh about. So, if you’re ever feeling down, just remember that you have the superpower to bring a little bit of joy into the world.

Channel 4’s chief content officer, Ian Katz, said that this unconventional holiday message is “a vivid illustration of both the power and limitations of this [artificial intelligence] technology. Despite Ameca’s remarkably lifelike facial expressions, I suspect most viewers will come away reassured that humans are not about to be displaced by AI robots any time soon.”